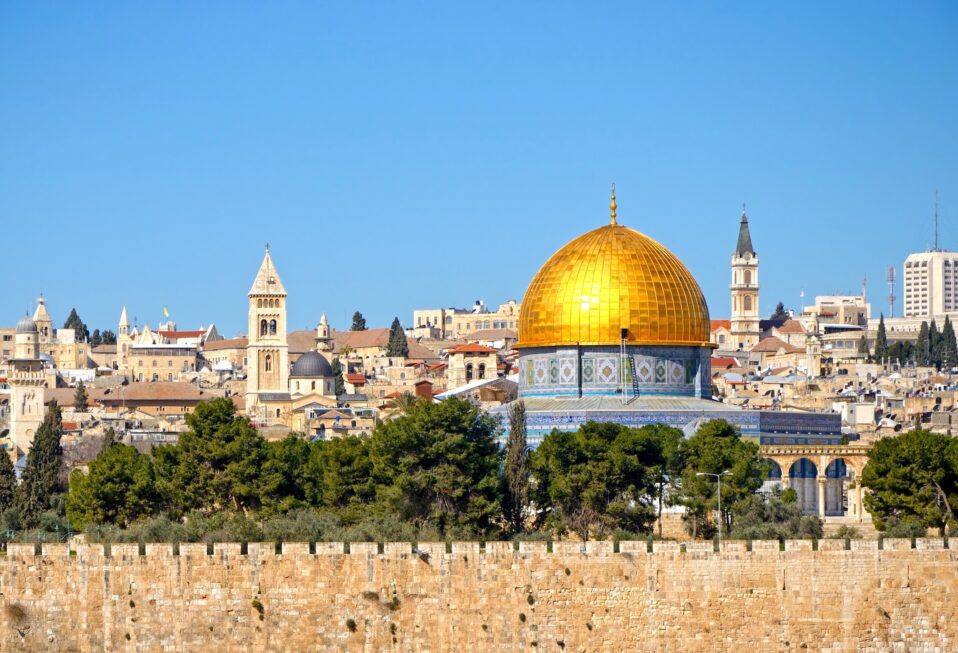 The most mentioned city in the Bible is Jerusalem. From the time that David made it the capital of his kingdom, it became the focal point of the kingdoms of Israel and Judah, and later of the Jewish people and faith.

Jerusalem’s origins date back to over four thousand years ago. It originally grew up around the Gihon Spring, a karstic spring, which served as the water source of the city for thousands of years. Over its history, the city expanded and contracted. The original city that David conquered from the Jebusites occupied the eastern hill of the city, where the modern City of David sits (this was biblical Mount Zion).

David’s son Solomon expanded the city to the north building his palace, administrative buildings, and the Temple. As the importance of the city grew, and with the collapse of the northern kingdom of Israel in 722 B.C., people began to settle on the western hill (modern day Mount Zion), which lay outside of the walls of the city at that time. King Hezekiah encircled the western hill with a wall, portions of which are still visible in places where it has been excavated.

This was the city destroyed by the Babylonians in 586 B.C. When the Judahites returned from the Babylonian Exile, they resettled the eastern hill, and the city shrank in size. This was the situation during the time of Ezra and Nehemiah.

In the second century B.C., during the Hasmonean kingdom, a wall was built around the city that followed Hezekiah’s wall line and even incorporated portions of it. Then, sometime in the first century B.C., a second wall was added that incorporated a northern, market section of the city. This was the extent of the Jerusalem known to Jesus. It had two focal points, on the east the Temple Mount, and in the west, the palace of Herod the Great with its three towers perched on its northern side.

During the reign of Agrippa I (A.D. 41-44), a third wall was begun, but construction was halted at the request of the Roman Emperor. This third wall was not completed until shortly before the outbreak of the First Jewish Revolt. At this point, the city reached its largest size in antiquity. The Romans destroyed Jerusalem in A.D. 70 and tore down the three walls. The destruction of the city was so complete that the footprint of the city moved north and west.

Jerusalem would not reach or exceed the size it was prior to the destruction in A.D. 70 until the modern period, when, in the 19th century, people began to settle outside of the modern Old City Walls, which were constructed by the Ottomans in the 16th century.

The modern Old City, which has little to do with biblical Jerusalem, follows the layout of Jerusalem established in the Late Roman Period. Subsequent centuries left its imprint on the city, Byzantine Christians, Umayyads, Crusaders, Mamelukes, Ottomans, and British all left their marks on Jerusalem.

Your ticket for the: Biblical Israel: Jerusalem