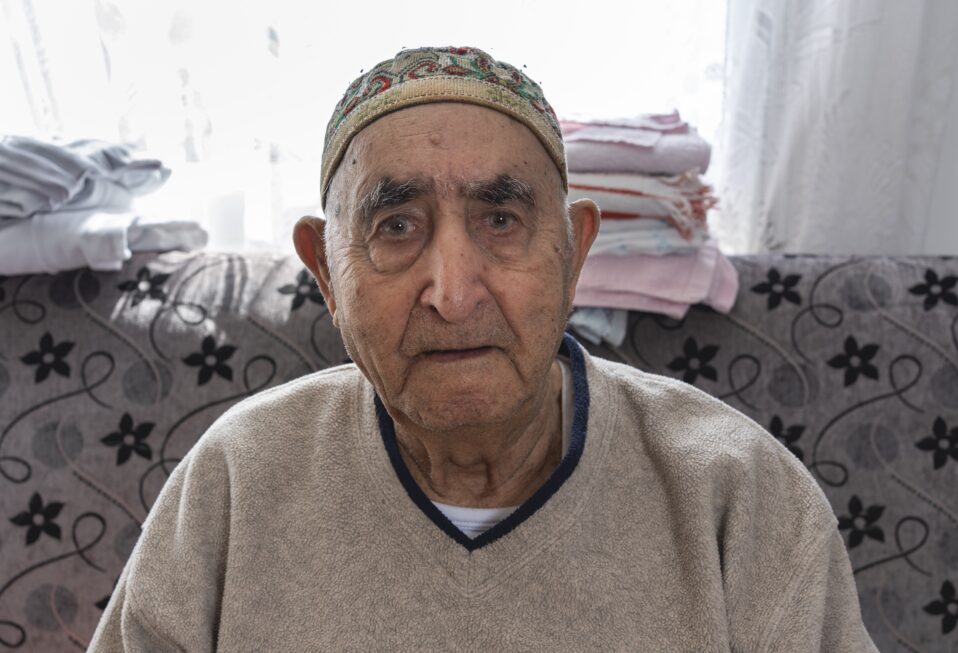 Michael grew up in hardship during World War II in Uzbekistan, when it was part of the Soviet Union. At age nine, he labored long hours on a collective farm to support his mother and siblings. His father was drafted to fight the Nazis but was sent home seriously wounded. By the time he was 16, both his parents had died—leaving him to provide for his brothers and sisters.

Eventually, Michael married, and in 1994, the couple moved to Israel. They joined his wife’s brother in Sderot, hoping for a good life—but the city endured many rocket attacks from Hamas-ruled Gaza. Then, sadly, his wife developed a serious liver disease, and died just a year ago.

Michael had taken good care of her, despite his own health challenges. And now, he is elderly, frail with bad hearing, lives alone, and needs constant care. Surviving on Social Security and a basic widower’s pension, his income barely covers rent, utilities, groceries, and medicine. And his low-income housing has ceiling cracks that have let in water leaks and toxic mold.

Thankfully, friends like you were there through CBN Israel. Caring donors covered the cost of removing the mold, repairing the cracks, and painting. And they provided vouchers, so he could purchase nutritious food, medicine, and essentials. Michael loves his home now, and says gratefully, “Thank you for reaching out to me and showing me this wonderful kindness!”

Your gift to CBN Israel can bless so many who are trying to survive in the Holy Land, including Holocaust survivors, refugees, and single mothers. As more people in Israel cry out for help, your support can offer them groceries, financial aid, housing, job training, and more.

Please join us in offering hope and humanitarian aid to those in need!

Your ticket for the: Elderly Immigrant: Michael’s Story