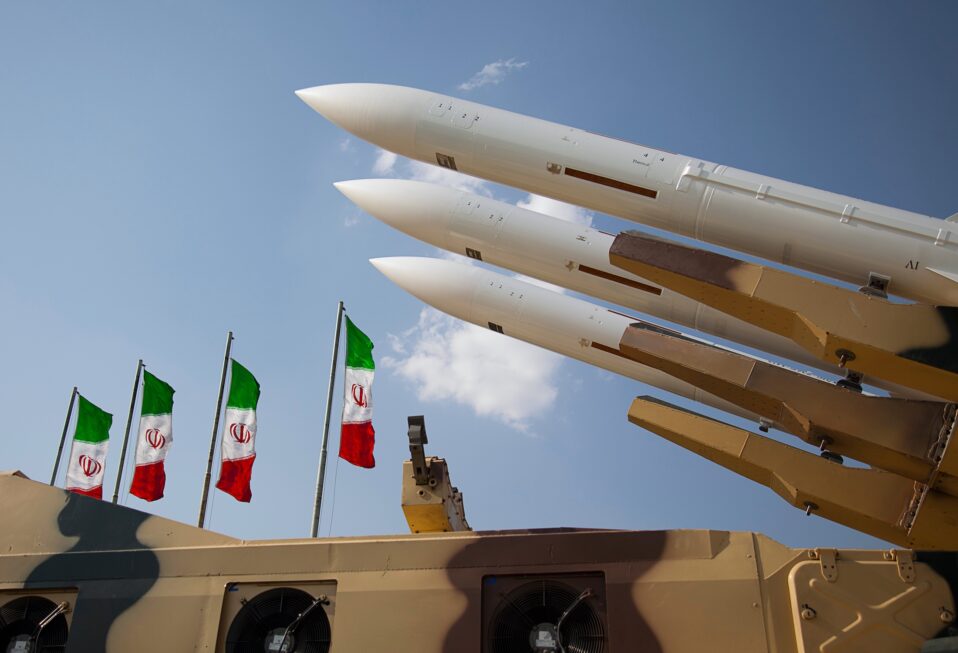 Over the last seven years, the ineffectiveness of the 2015 Iran nuclear deal—engineered by former President Obama and then-Vice President Biden—has been on full display. Today, the on-again, off-again negotiations have created an uproar from clear-thinking leaders in the U.S. Congress, Israel, Gulf Arab countries, and the American Christian Leaders for Israel (ACLI).

Hoping to revive the Joint Comprehensive Plan of Action (JCPOA), the Biden administration is unwisely using the same failed strategies—returning to negotiations again and again for the past 18 months. The proponents seem to want any kind of deal they can get, no matter what they must give up in order to achieve success.

Each time, however, Iran demands even more—or changes the terms of negotiation altogether. Since Iran refuses to negotiate directly with the United States, Russia is leading the negotiations. Yes, Russia—which stands to benefit significantly if all goes well with a renewed JCPOA by opening a back door to buy Iranian oil due to sanctions imposed on them following their invasion of Ukraine and considerable war crimes.

Former President Obama and current President Biden began initial negotiations in secret meetings that offered significant rewards without first requiring any proof of the regime’s sincerity. In simple terms, Iran was offering something for nothing, while the U.S. extended trust to imams who glorify lies to achieve their own ends.

Biden’s negotiating team, which is following the same 2015 strategy, seems to be in denial—as if they do not recognize that they are dealing with the most prolific terror-producing leaders in the world. Iran restricts freedom not only among their own population but many others in the region, as well.

Iran’s overt operations through their Middle Eastern proxies are obvious, with Hamas in Gaza, Hezbollah in Lebanon, Houthis in Yemen, and their elite Islamic Revolutionary Guard Corps (IRGC) in Syria. However, Iran’s tyrannical fingerprints can also be found all over a more covert operation in Venezuela and multiple locations elsewhere in South America. Not surprisingly, their greatest allies are Russia and North Korea. These hard-core dictatorships hold to the same ideologies of control, oppression, and punishment of their own citizens, forcing them into submission in order to gain and maintain power.

In a March 22, 2022, New York Times opinion piece, journalist Bret Stephens offered this title: “A New Iran Deal Leaves Us Meeker and Weaker.” He went on to comment, “Combined with February’s ‘no limits’ friendship pact between Vladimir Putin and Xi Jinping, an Iran deal represents another step toward a new antidemocratic Tripartite Pact.” In other words, this would mean dangerous alliances and a weakened United States. With Iran using increased numbers of sophisticated centrifuges spinning at supersonic speeds, imagine Russia, China, and Iran savoring the thought of increased nuclear-grade uranium.

Iran’s leadership, along with its proxies and alliances, does not recognize that authentic sovereignty belongs only in one place: “For by Him all things were created that are in heaven and that are on earth, visible and invisible, whether thrones or dominions or principalities or powers. All things were created through Him and for Him. And He is before all things, and in Him all things consist” (Colossians 1:16-17 NKJV).

Thankfully, the U.S. Congress has been active. Earlier this year, referring to the 2015 Iran Nuclear Agreement Review Act, 165 House Republicans sent a letter to President Biden vowing that a new deal would “meet the same fate as the JCPOA” if he didn’t “secure congressional support pursuant to the 2015 law which states that the president must submit any deal to the House and Senate for approval.” All but one Republican senator signed on.

Then on August 19, The Washington Post reported that over 100 Republicans advised the administration that they were set to denounce any sanctions relief for Iran.

Finally, just one week ago, a bipartisan group of 34 Democrats and 16 Republicans sent a follow-up letter to President Biden with their concerns, not only requesting to see the current deal’s document—which they have not yet seen—but expressing alarm about Russia having such a large role in the nuclear deal decisions and oversight later. Their letter included this warning: “Strengthened with an estimated one trillion dollars in sanctions relief over a decade, Iran and the IRGC would be an enormous danger to Americans at home and abroad, and to our allies.”

That Biden is putting the United States under Russia as our negotiator for a new Iran deal is a national insult. Nothing but increased danger will emerge if a 2022 deal is codified. Clear-thinking American conservatives know it. Arabs in the Middle East know it. Israel knows it. Many members of Congress in both parties know it. Christians know that a beneficial deal for the Iranians will increase the peril that is unfolding across the world by allowing a nuclear weapon in the hands of the largest terror-producing country on the planet.

It is stunning that the leader of the free world is all for such a lopsided agreement, since Iran is an obvious threat to the U.S. and to our greatest ally in the region, Israel. And given our current crisis at our southern border, we can be fairly certain that Iranian terrorists with chaos on their agenda are finding ways to gain entry into the U.S., which they call the “Great Satan.” Let us clearly understand that diplomacy only works when both sides will do all it takes to make peace and mean it.

It is no surprise that for weeks, Israeli leaders have been flying back and forth between Jerusalem and Washington, D.C. Israel’s Defense Minister Benny Gantz met with Jake Sullivan, the U.S. Security Adviser in Washington, and with U.S. Central Command Chief of Staff General Michael Kurilla at CENTCOM’s headquarters in Florida. Israeli national security adviser Eyal Hulata also held meetings in D.C. Interim Prime Minister Lapid talked at length via phone with President Biden. Mossad chief David Barnea weighed in, calling the possible deal “a strategic disaster.” He flew to Washington on Labor Day to meet at the White House, State Department, Pentagon, CIA, and U.S. Congress. When Mossad gives briefings, it is a smart idea to listen.

Meanwhile, Khaled Abu Toameh, an award-winning journalist based in Jerusalem, wrote an eye-opening article in Gatestone Institute about the political analysts and commentators in key Arab media. Its title is sobering: “Arabs to Biden: Do Not Sign the Iran Deal, It Will Start a War.” Articles coming out of Bahrain, Lebanon, Saudi Arabia, Syria, and Egypt are full of fears—especially about the billions Iran could receive that will generate more terror in the region.

Sayed Zahra, deputy editor of Bahrain’s daily publication Akhbar Al-Khaleej, comments that Biden has unfortunately decided to “bow to Iran.” She adds that Biden is following Obama, who “admired Iran and hated Arabs.” Syrian author Ibrahim Allush knows firsthand about what happens to a nation overrun by Iran and Russia. “The Iranian regime, with its practices, does not differ from the Taliban regime or from Islamic State (ISIS). Terrorism, destabilization, and domination of people are almost the only goals of such regimes.”

Joining the peaceful yet intense opposition from Arabs, Israel—and many members of the U.S. Congress—the American Christian Leaders for Israel (ACLI) has initiated a letter and petition to President Biden and the U.S. Congress urging, “No nuclear deal for Iran.”

ACLI is a network of Christian leaders representing over 60 million Americans who are united in their support for the nation of Israel. Their letter requests that the Biden administration does not strike a deal that places Israel in more danger, or any funding that enables more terror, emphasizing that millions of American Christians are opposed to an ineffective deal.

CBN Israel holds the same opinion that ACLI expresses: “If the U.S. government loosens sanctions on Iran, we will be handing them the resources and nuclear capabilities to accomplish what they have publicly vowed to do: destroy Israel.”

Please join us in praying for Israel, the Middle East, and world leaders to reconsider reviving a nuclear deal with Iran:

Your ticket for the: U.S. Congress, Israel, Arabs, and American Christian Leaders Rally Against a New Iran Deal