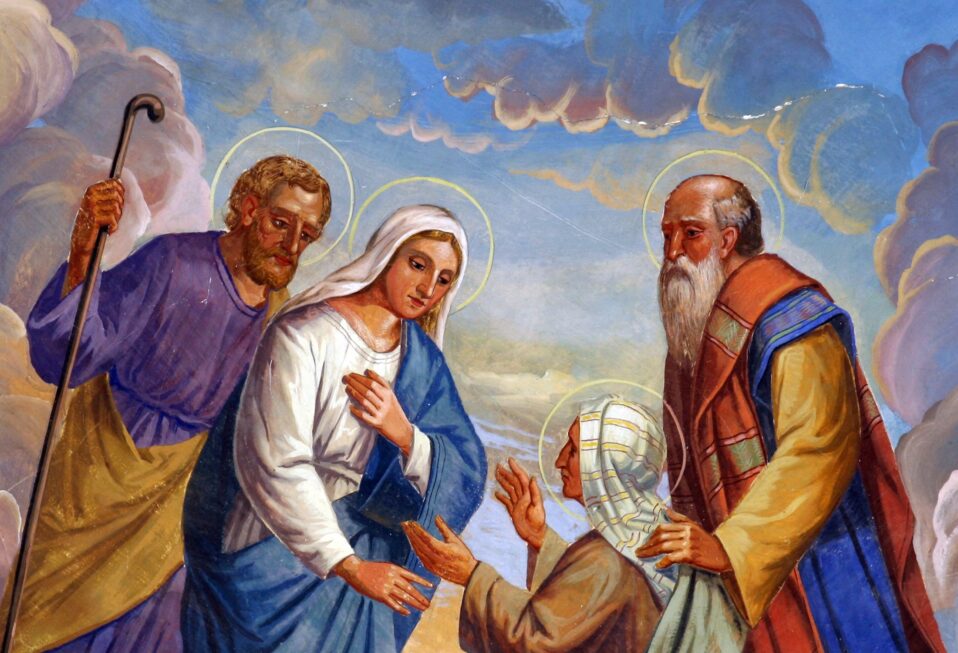 “He has shown strength with His arm; He has scattered the proud in the imagination of their hearts. He has put down the mighty from their thrones, and exalted the lowly. He has filled the hungry with good things, and the rich He has sent away empty. He has helped His servant Israel, in remembrance of His mercy, as He spoke to our fathers, to Abraham and to his seed forever” (Luke 1:51-55 NKJV).

The Magnificat (Luke 1:46-55) and the Benedictus (Luke 1:68-79) voice the Jewish redemptive hopes and aspirations of the first century. They yearned for God’s removal of Rome, freeing His people so they could worship Him. And they anticipated the reversal of the social order. These were subversive ideas; they upset those who resided in palaces and felt comfortable with the status quo. They hoped God would exalt the lowly and bring down the mighty, that the hungry would be filled and the rich would be made poor.

God’s redemption was not merely inward and personal. God’s redemption impacted all His people and manifested itself in visible, tangible ways within the social and political order. Mary’s words are anything but safe; they are radical. Israel’s long-held hope for redemption has now come, and it will disrupt the established world.

We tend to view Christmas through our own lens—what God has done for me. In doing so, we can all too easily fail to feel the collective sense of hope and upheaval that the message of Christmas originally articulated. It’s there in Mary’s song; in the song of Zechariah, the father of John the Baptist; in the angelic proclamation; and even in Simeon’s utterance about the newborn Jesus in the Temple.

God is fulfilling His promises to Israel’s fathers—to Abraham, Isaac, and Jacob—with the birth of Jesus. The hopes of His people, and the world, are being realized in the baby in Bethlehem. But this redemption will upset the social and political order of the day.

It’s hard for us sometimes—wrapped in the lights, sounds, and smells of Christmas—to hear the disruptive and subversive tone of the first Christmas. But we need to. What God did in sending Jesus was more than for our personal benefit. It manifests itself in visible and tangible ways to all humanity—the mighty and the lowly.

Jesus articulated the message of Christmas when He read from the book of Isaiah in the synagogue of His hometown Nazareth: “The Spirit of the Lord is upon Me, because He has anointed Me to preach the gospel to the poor; He has sent Me to heal the brokenhearted, to proclaim liberty to the captives and recovery of sight to the blind, to set at liberty those who are oppressed; to proclaim the acceptable year of the Lord” (Luke 4:18-19).

Father, manifest Your redemption this Christmas in the world among the hurting, suffering, poor, and oppressed. And help us to be present where You are. Amen.

Your ticket for the: Weekly Devotional: The Magnificat