A New Year’s Resolution Suggestion for the UN: Book Archaeology Tours to Israel 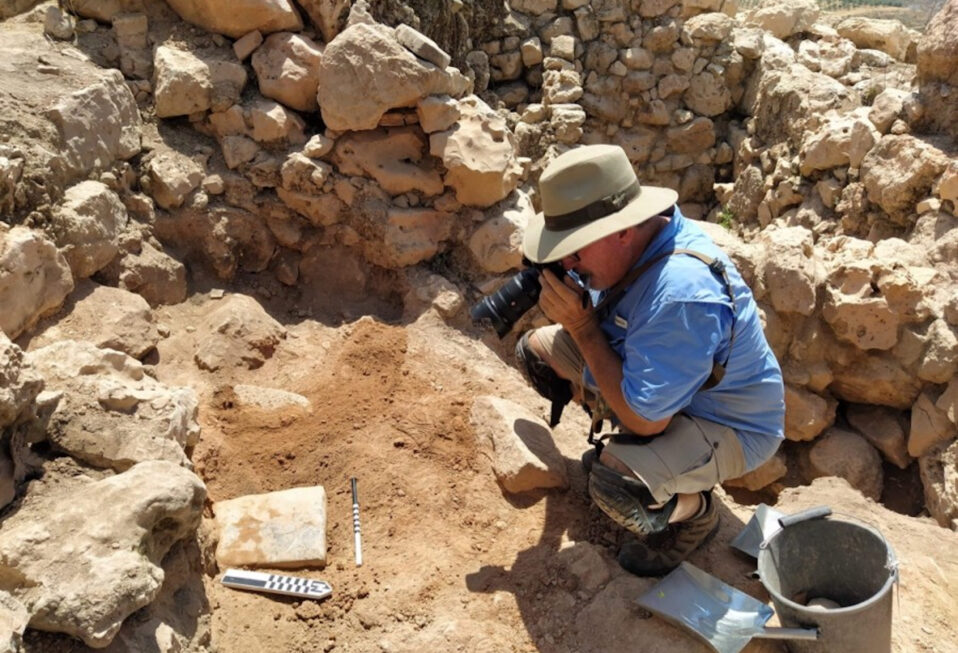 Before fireworks saturated the skies across the world, the United Nations General Assembly (UNGA) rang in 2023 on December 30 with another irrational resolution against Israel. This time, it requested that the International Court of Justice investigate the Israeli-Palestinian conflict, Israeli “annexation,” and the “legal status of the occupation.” By December 1, 2022, the UNGA had already passed 15 resolutions defaming Israel and only 13 for the rest of the world combined. The Assembly barely noticed the nightmarish policies of Iran, North Korea, and Syria against their citizens.

The UNGA’s misguided resolutions do not escape the watchful eyes of the God of Abraham, Isaac, Jacob, and Jesus. Our Heavenly Father is the ultimate authority who deeded Israel to the Jews and chose them for His redemptive purposes to make the land bloom, transcribe His words into Scripture, and visit Earth as Immanuel—God with us.

Israel’s abundant archaeological discoveries in 2022 surpass any UNGA resolutions and repeatedly authenticate the Bible. Noted as the most popular book in world history, the Bible has sold nearly 4 billion copies in the past 50 years. Biblical archaeology commenced in the 19th century and now adds up in a storehouse of celebration in its own kind of fireworks, with facts that connect modern Israel to Scripture’s ancient pages.

The 2022 archaeological achievements have become too numerous to list, but I am highlighting some of my favorites heading into 2023. It promises to be another good year, with modern technology helping to reveal the authenticity of the facts on and under the ground.

For example, by using a sophisticated geomagnetic dating method, an exciting new dating tool can reconstruct a magnetic field. In 2022, it verified the destruction of the First Temple and the city of Jerusalem by Nebuchadnezzar’s Babylonian army in 586 B.C. You may read about it in 2 Kings 25:2. The magnetic field instrument is enhancing scientific data about Egyptian, Aramean, Assyrian, and Babylonian military campaigns against Israel and Judah. To date, research has led Tel Aviv and Hebrew University professors—plus 20 researchers from other countries—to verify 21 layers of destruction in 17 excavation sites. Their report is published in the National Academy of Sciences (USA).

One of my favorite discoveries is further evidence of King Hezekiah’s reign. Hezekiah is no stranger to biblical (and now scientific) history. His name is mentioned 128 times in Scripture. In 2022, Israeli archaeologists, after years of research, deciphered inscriptions on stone tablets previously found in Jerusalem with more evidence about eighth-century B.C. King Hezekiah. In November 2019, the day before I attended Israel’s Christian Media Summit, I waded through Hezekiah’s Tunnel, a 1,750-foot marvel of ancient construction. Splashing through it, mostly ankle deep, I was newly astonished by Hezekiah’s decision to bring water from one side of Jerusalem to the other in order to protect this vital resource. I touched a tunnel wall marker in wonder at the exact middle engineered by workers’ construction—which had begun at opposite ends!

One mention is found in 2 Chronicles 32:30 (NIV): “It was Hezekiah who blocked the upper outlet of the Gihon spring and channeled the water down to the west side of the City of David.” Ze’ev Elkin, Minister of Jerusalem Affairs and Heritage, observed, “Before our very eyes, these new finds become the biblical verses themselves and speak in their voice.” In their research, archeologists Gershon Galil and Eli Shukron concluded in 2022 that a piece of limestone dug up in 2007 has a partial inscription that Galil deciphers as “Hezekiah made pools in Jerusalem.” Further, he believes that this rock was part of a monument, which were virtually unknown in ancient Israel. Yet now there is evidence of them.

With so much concern today about the dangers of the Islamic Republic of Iran, it is inspiring to revisit their earliest history—in ancient Persia. Last year, scholars announced success in unlocking a linguistic mystery where they can now explore a Persian language called Linear Elamite from 4,000 years ago. The 40-cuneiform system—the earliest known writing system—was all found in Iran. Cyrus the Great conquered the Elamites, making that region part of his Persian empire.

Queen Esther, beloved by both Christians and Jews, lived in Susa, the Elamite capital. In this historic reality, Queen Esther lobbied her king (by the way, setting an example for today’s Christians) and saved her people, as part of God’s plan to reinvigorate the Jewish ancestral homeland in 1948. Elam is mentioned in Genesis and Isaiah, and in Daniel 8:2, the prophet wrote: “In my vision I saw myself in the citadel of Susa in the province of Elam.” Acts 2:7-9 mentions Elamites on the day of Pentecost (Shavuot) when the Holy Spirit fell on the gathering in Jerusalem. “Utterly amazed, they asked: ‘Aren’t all these who are speaking Galileans? Then how is it that each of us hears them in our native language? Parthians, Medes, and Elamites…’”

Another of my favorite discoveries is Shiloh in Israel’s biblical heartland (Judea and Samaria). The site includes a number of amazing finds led by archaeologist Scott Stripling. Among his extensive credentials, he is Director of Excavations for the Associates for Biblical Research at ancient Shiloh. A Christian, his staff is comprised of additional distinguished experts both Jewish and Christian.

Dr. Stripling explained a discovery in May and June 2022 with volunteers from 11 nations and 12 different universities. He observed, “We believe we found piers that formed a door into a gate complex at the northern edge of the biblical city.” He went on to say that Eli the High Priest died at the gate mentioned in 1 Samuel 4:18. Associates for Biblical Research has spent four seasons of excavations unearthing evidence of the Tabernacle. Walking on the grounds of Shiloh where Eli lived and where Samuel’s mother dedicated him to service is an experience I will always treasure. The Tabernacle rested for 369 years in Shiloh with the Ark of the Covenant inside.

It is also exciting when reading about children discovering Israeli artifacts. A few days before Hanukkah 2022, Alon Cohen, Liam Atias, and Rotem Levnat found a rare oil lamp completely intact. The three fourth-grade boys were on a school field trip; they carefully pulled the lamp out of the ground and informed their parents, who contacted the Israel Antiquities Authority. They deservedly received Good Citizen Awards. The trio of Israeli boys could serve as outstanding examples to the United Nations to choose what is right and true regarding Israel.

With these samples and a vast store of on-the-ground facts, it is shameful that many countries in the United Nations—blindsided by hatred—cling to falsehoods rather than facts. The December 30, 2022, resolution reveals once again that facts are not celebrated, whether in years past or new. Reelected Prime Minister Benjamin Netanyahu weighed in on this resolution that he accused of “distorting historical facts,” adding that the Jewish people cannot be “an occupier” in their own land.

As my title suggests, 2023 should find the United Nations participating on archaeological tours in Israel. Maybe Bibi should issue an invitation.

May we remember Psalm 105:8-11 as God’s guidepost: “He has remembered His covenant forever, the word which He commanded to a thousand generations, the covenant which He made with Abraham, and His oath to Isaac. Then He confirmed it to Jacob for a statute, to Israel as an everlasting covenant, saying, ‘To you I will give the land of Canaan, as the portion of your inheritance.’”

Please join CBN Israel this week in prayer for Israel and the Middle East:

Your ticket for the: A New Year’s Resolution Suggestion for the UN: Book Archaeology Tours to Israel

A New Year’s Resolution Suggestion for the UN: Book Archaeology Tours to Israel