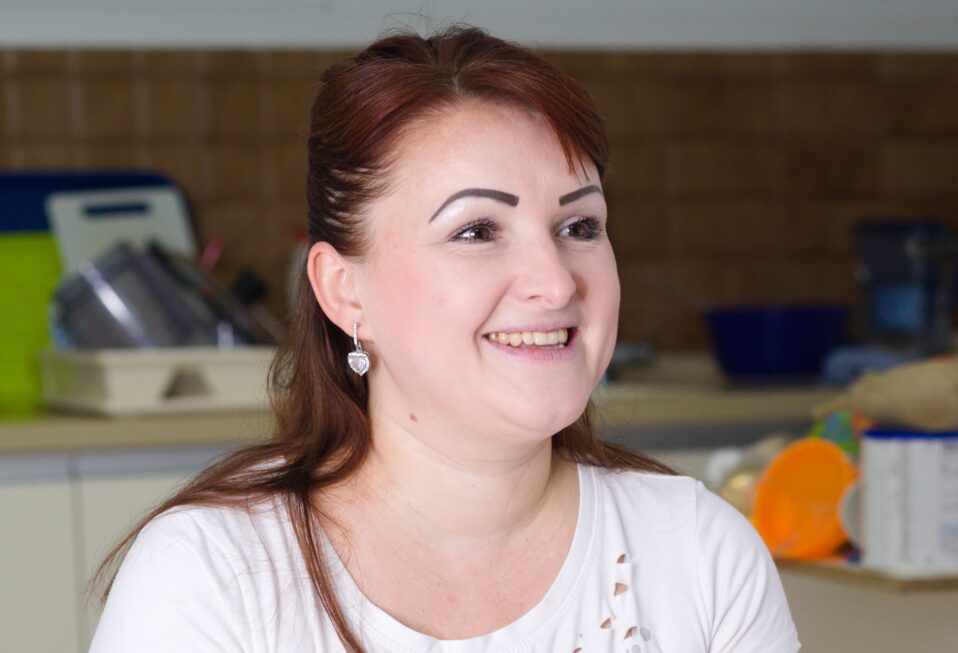 When Anna’s husband told her they were moving to Sderot, she panicked. They had a baby girl, and the city was a target for bombing attacks. She liked living in Ashkelon, where they had settled after immigrating to Israel from Belarus. Life had been peaceful, and though her husband didn’t share her Christian faith, they attended church together.

But her husband’s family pressured him to move near them in Sderot, and he stubbornly insisted on it. They moved into a moldy basement apartment there, with no windows or walls. For her, it was like a prison, and she fell into a deep depression.

Then her husband began studying Islam, which worried Anna. By now, she was not allowed to work, and was confined at home with their children. The constant terror attacks and fear of her husband left her feeling trapped and paralyzed. And then, Anna found help.

Friends like you provided her with free counseling at a center that partners with CBN Israel. Rina, a professional psychologist, helped pull Anna out of her deep depression and anxiety. We also supplied Anna with baby food and diapers. Soon, her husband let her attend Rina’s church, and she ventured out more with the children. Despite the sirens and rocket attacks, her fear has lifted. Anna is grateful, saying, “If it were not for Rina… I would have had a severe breakdown.”

And CBN Israel is extending God’s love and humanitarian aid to many like Anna, who face overwhelming challenges in the Holy Land. For aging Holocaust survivors, young families, and immigrants, your support can be a lifeline. You can offer them groceries, financial aid, housing, and more. Please let us hear from you today!

Your ticket for the: Victims of Terrorism: Anna’s Story