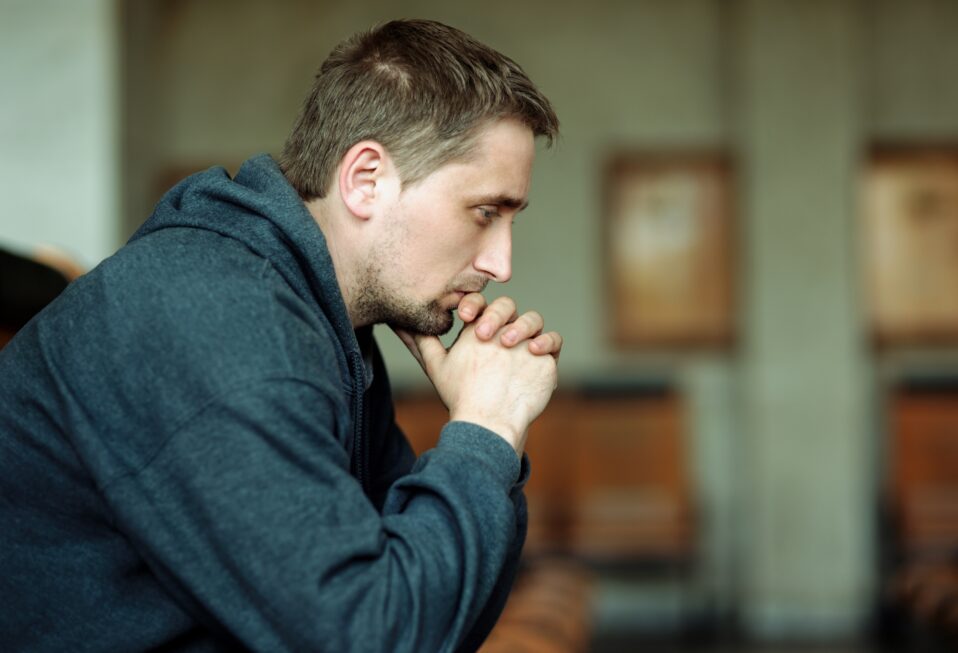 What was Cain’s sin? Everyone who has heard his name will give the same answer: murdering his brother, Abel. Of course, that is right. But if that were Cain’s only sin, there would not have been a Torah passage about it. The Torah, as our guidebook, helps us to address eternal challenges—those that many people deal with in every generation. Just as the Torah never tells us to love our children, the Torah does not specifically warn us against killing our siblings. We love our children—and do not seek the death of our siblings—without any special guidance. Therefore, the story of Cain and Abel must arouse sins we might commit, problems that we struggle with, and issues where we need God’s guidance.

What might these be? The answer starts with Cain’s job. His profession, we learn in Genesis 4:2, is as a “worker of the ground”—a farmer. That was his paying job. But he had another job that proved to be much more important. And it is a job that we all have: Cain was a philosopher.

This was time for Cain to do his job as a philosopher. How would he respond? He could have burst with pride for Abel, his kid brother who followed him so faithfully that Abel’s offering earned the delight of God! Cain could have followed this pride in Abel with the most productive kind of sibling competition. Cain could have praised Abel for bringing such a good offering and thanked him for the lesson in how to express love, gratitude, and appreciation for God—and brought a better offering next time.

But that was not Cain’s philosophical disposition. Instead, God’s reaction “annoyed Cain exceedingly, and his countenance fell.”

God had a lesson for Cain and for all of us. There is nothing theoretical, abstract, or academic about philosophy. Our performance in our job as a philosopher will determine the quality of our relationships, our decisions, and ultimately our lives.

“Why,” God asks Cain, “are you annoyed, and why has your countenance fallen?” In other words: You did not have to respond with sadness, jealousy, and resentment. You made a choice—and now, explain it to yourself and to me, as well.

God then suggests that Cain “improve” himself. “Sin,” God says, “lies down at the door, its desire is toward you, and you can conquer it.” At the door—not in the house. In other words, Cain has not yet sinned. But his philosophy is bringing him close to sin, which is now a real threat. Cain responds by killing his brother.

Why does Cain murder his brother? I won’t presume to be able to definitively answer this question at the heart of one of the Bible’s seminal moments. Instead, I will suggest several possibilities.

First, God is learning about His creation. Some might object to the notion that God, who is omniscient and perfect, should have to discover truths in His world by observing what people do in it. God learns and changes throughout the Bible. In fact, we will learn in Genesis 6 that God observes “the wickedness of man,” and that this causes him to “reconsider having made man on earth.” This brings God “heartfelt sadness.” We are created in God’s image, and we would not do anything intentionally that would bring us “heartfelt sadness” later—particularly such an irredeemable sadness that would cause us to “reconsider” the whole enterprise that brought the sadness. God learns then and throughout the Torah. His learning, and changing, is part of what makes Him perfect—and a good reason why He is the source of our ultimate emulation.

Perhaps, then, God was wrong in telling Cain that sin was only “crouching at the door.” Cain had already sinned. Having the wrong philosophy can be a sin. As ancient Jewish teaching instructs, “One mitzvah (“good deed”) leads to another mitzvah, and one sin leads to another sin; for the reward of a mitzvah is a mitzvah and the ‘reward’ of a sin is a sin.” Cain’s sin of murder follows his sin of covetousness. And covetousness is a sin: It constitutes the Tenth Commandment.

Maybe, then, God should have been more direct with Cain and made it clear that he had already sinned. The sin, God could have clarified, was not in his offering. In fact, that was a mitzvah. The sin was in his philosophy following God’s reaction to Abel’s superior offering. Still, one should not be too hard on God here. He shows Cain that his philosophy would at least lead to sin and that should be enough. Cain could not have pleaded ignorance, nor did he.

Indeed, one would think that such a stark warning from God—your philosophy has brought sin dangerously close—would at least give Cain pause. But Cain does not seem to have even contemplated this warning, and he certainly does not act on it. There are no grounds for believing that he was impetuous, impious, or mentally ill. The evidence is that he was just a person. And this, the Torah is showing, is typical behavior.

How will we react when our ideas are invalidated by evidence—the closest that we’ll probably come to a direct and unambiguous challenge from God? We like to think that we will change our minds. But Leon Festinger would have disagreed. Leon Festinger was a 20th-century psychologist who studied the reactions of end-of-the-world cults when their doomsday predictions did not come true. These people did not, even in the face of irrefutable evidence, reevaluate their philosophies. Dr. Festinger concluded, “A man with a conviction is a hard man to change. Tell him you disagree, and he turns away. Show him facts and figures and he questions your sources. Appeal to logic and he fails to see your point.”

A 2006 study from Emory University psychologist Drew Westen showed why. When people were placed under a functional magnetic resonance imaging (fMRI) machine and their philosophies were confirmed, the pleasure receptors in their brains lit up. It would have been unenjoyable and unnatural for Cain to react (as we can see from our vantage point as readers) the way he should have.

This leads to the third lesson from this story. Are we all Cain? In the sense that we might murder our siblings if they annoy us: no. But in a deeper sense: absolutely. Each of us is a philosopher. We might be, like Cain, a farmer—or a businessperson, a parent, a teacher, a pastor, a policeman, or a plumber. But we are also philosophers. And, like Cain, our job as a philosopher is much more important—in the most practical ways—for how we live than any other occupation.

What kind of philosophers are we? Again, Cain teaches us. It does not matter if our philosophies are the product of rigorous contemplation or thoughtlessly drawn from our environment. We are all stubborn philosophers. Even when it is obvious that we should change—even when God himself effectively tells us, even when the world doesn’t end on the date that we swore it would—we are unlikely to reconsider our philosophy.

This sounds pathetic and maybe even depressing. In a vacuum, it would be both. But God tells Cain—and in so doing, is telling us—“Sin rests at the door. Its desire is toward you, yet you can conquer it.” It might be natural for us to stick with our philosophy, regardless of any evidence. But so what? God gave us the ability to think, which means we can acknowledge our weakness, override our nature, change our philosophy, transform ourselves, avoid sin, and in so doing walk in God’s ways.

Your ticket for the: Torah Reading Commentary: Cain’s Sin