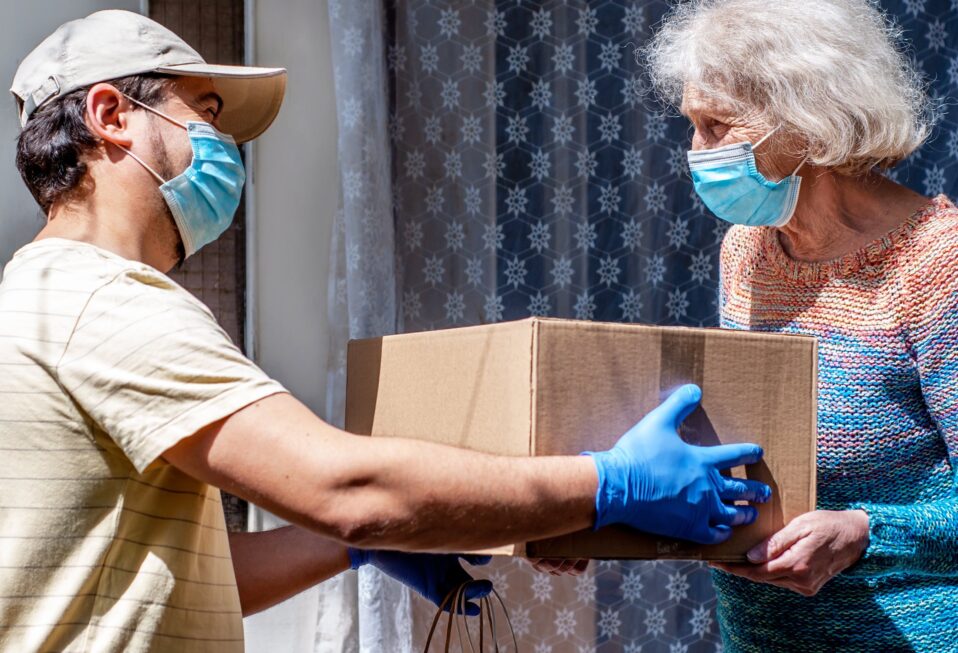 Parshat Mishpatim, the Torah portion that spans Exodus 21-24, immediately follows Parshat Yitro, in which God appears at Mount Sinai and gives the Ten Commandments to Moses in a scene so spectacular that the people “saw the sounds.” This greatest of all religious moments is followed by Parshat Mishpatim, which begins with the word “and.” The connection—what lives on the other side of “and”—are dozens of laws. These laws, covering both civil and criminal matters, account for circumstances that include intentional and unintentional killings; the different levels of responsibility that different kinds of watchmen have; differences in penalties that the owner of an ox that attacks another ox has, depending upon the previous behavior of the first ox; and much else.

The “and,” as numerous Jewish commentators have noted, puts into real and daily life the extraordinary religious moment at Sinai. The laws of Mishpatim, which might seem pedestrian, are really a continuation of the religious high experienced in Yitro. The vision of Yitro needs the execution of Mishpatim, and vice versa. There is no “either,” there is no “or”—there is only “and.”

Rabbi David Wolpe, a great Jewish scholar, thinker, and leader based at Temple Sinai in Los Angeles, has another remarkable observation about Mishpatim. Mishpatim, he observes, prepared Jews for success in the modern world. Mishpatim, which of course was written thousands of years before any of the realities of modernity were birthed, is all about the pursuit of justice through the creation and crafting of distinctions. It is the skill in the otherwise arcane practice of making distinctions—exercised by professionals as diverse as accountants, medical ethicists, botanists, appellate lawyers, engineers, chemists, and physicians of all kinds—that has emerged as the most important in the information age and the knowledge economy.

This art of making distinctions also informs Jewish biblical politics, with resonance into the present day. For instance, take a general question: How should we regard the stranger in our midst? It entirely depends, as Parshat Mishpatim says, upon the distinctions we must make.

One example is given in Exodus 22: “If the thief is discovered while tunneling in, and he is struck and dies, there is no blood-guilt on his account.” This is the modern stand-your-ground law. A homeowner is entitled to defend his property and to act with the presumption that the thief coming surreptitiously (“tunneling in”) will inflict maximum physical harm. Rabbi Joseph Soloveitchik, drawing from ancient Jewish sources, said this applies even if a homeowner is on the second floor and the burglar is on the first floor and the homeowner is not in immediate danger. The homeowner need not allow the thief to rob his house and can defend his property with lethal force. Rav Soloveitchik explained, “The covenantal community is not a community of meek ones.”

The treatment of the tunneling thief is, within Parshat Mishpatim, completely distinguished from how we must treat another kind of stranger: “You shall not taunt or oppress a stranger, for you were strangers in the land of Egypt. You shall not cause pain to any widow or orphan. If you dare to cause him pain … if he shall cry out to me, I shall surely hear his outcry. My wrath shall blaze and I shall kill you by the sword, and your wives will be widows and your children orphans” (Exodus 22:20-24).

The language is as relentless as it sounds and is meant to jar us. If you mistreat the vulnerable, God says, your death will just be the beginning of your suffering. The same relentlessness that is directed against the tunneling thief is now directed toward the vulnerable and against those who make the mistake of mistreating them.

Moreover, the “you” in “You shall not cause pain” and “If you dare to cause him pain” is in the plural. The “you” applies to each individual in the community, regardless of whether he is the person who caused the pain. If we stand idly by when the vulnerable are mistreated, then each of us is eligible for divine wrath. Compassion, in the biblical imagination, is an individual and collective obligation. And it is given abundantly or not at all, depending on the circumstances.

The insistence of this distinction between the thief and the vulnerable is amplified in the next passage. This passage, Exodus 22:25-27, establishes a rule governing the collateral that a lender is able to require from a borrower. A lender is entitled to accept collateral. However, if that collateral is “your fellow’s garment”—the shirt off his back—the lender must return it to him before sunset. The Torah does what it rarely does, which is to offer its own commentary on its rule: “For it alone is his clothing, it is his garment for him—in what shall he lie down?”

The Torah is telling us yes, it’s your collateral, but it is the shirt off of his back! You can’t let him go cold; what is wrong with you?

The next verse brings us to another telling distinction. Exodus 23:5 says, “If you see the donkey of someone who hates you crouching under its burden, would you refrain from helping him?—you shall repeatedly help with him.”

The first interesting part of this verse is the clause “would you refrain from helping him?” This is the Torah’s acknowledgment that the natural response to seeing someone who “hates you” suffering is not to help. And that’s okay. One of the strangest ideas in the moral life is that the “natural” is what is good. In fact, the Bible—and perhaps all of moral striving—is about conquering the natural in order to achieve the good. While it is natural to not want to help one we hate, the Bible is instructing us to do so—but with a crucial distinction.

This distinction exists in the word “with”—as in, “you shall help repeatedly with him.” We are under no obligation to help alone or to do the entire job ourselves. If we see one who hates us struggling with his animal, then we must offer to join forces with the other person in order to alleviate the burden of the donkey. What if the other person does not want to work with us? Perhaps he hates us too much to collaborate with us or perhaps he is just the kind of person who insists on doing everything by himself. In that case, we are not obligated to help. Perhaps this is because the act of working with someone toward a productive end is probably the best way to mend a broken relationship and turn “hatred” into something better. Or perhaps this is because we are just not required to help someone who is unwilling to help himself by accepting our assistance.

In either case, the distinction stands. If a person agrees to help with us, we help. If not, we don’t.

It is the education in distinctions from Parshat Mishpatim that teaches us how to distinguish and differentiate between the vulnerable widow and the tunneling thief—between the person we must help and the person we need not assist—that has prepared us to live in our complex modern world.

Your ticket for the: Torah Reading Commentary: The Genesis of Distinctions