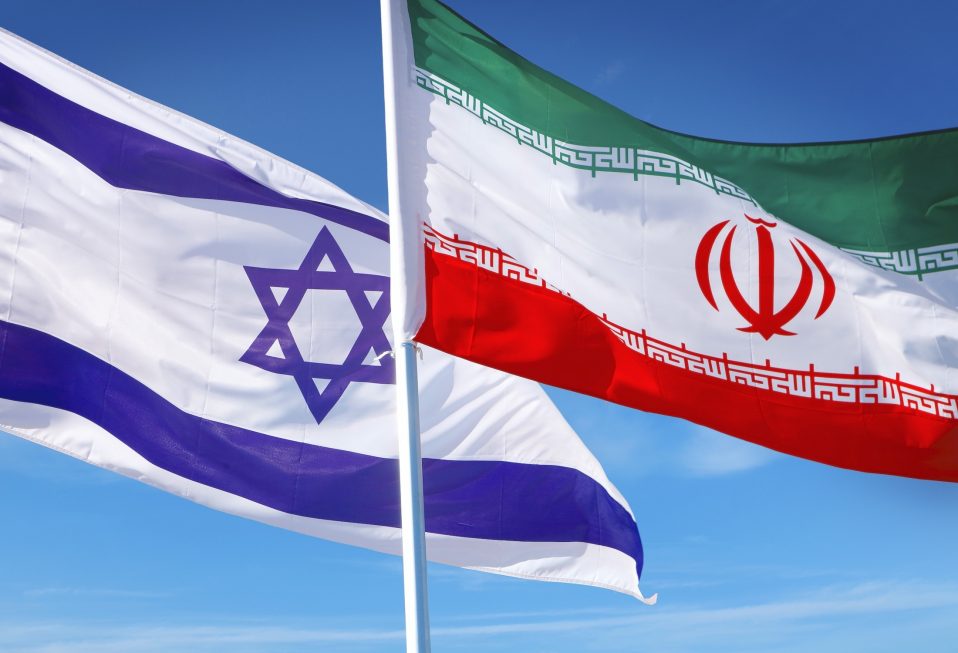 During the Persian Empire and beyond, rulers, religions, and the well-being of the Jewish community shifted like the Middle Eastern desert sands.

When it comes to news about Iran, reports today are dominated by deadly threats to Israel from Iran’s Imams, whose goals are set on establishing a modern caliphate with nuclear capability. The Bible also records news about Iran, the Persia of yesteryear, in the ancient books of Daniel, Esther, Ezra, Isaiah, and Nehemiah—and in mostly favorable interactions. The Jews lived in exile in Persia in the sixth century B.C., when Persia was the largest empire ever known. It stretched across three continents—Europe, Africa, and Asia—and was home to nearly half of the world’s population. Possibly 20% of its population was Jewish.

King Cyrus, the founder of the Persian Empire, ruled from 559-530 B.C. Sometimes called the “world’s first Zionist,” he blessed the Jewish community described in Ezra 1:1-3: “The LORD, the God of heaven, has given me all the kingdoms of the earth and He has appointed me to build Him a house in Jerusalem, which is in Judah. Whoever there is among you of all His people, may his God be with him! Let him go up to Jerusalem which is in Judah and rebuild the house of the LORD, the God of Israel.”

Cyrus committed to his proclamation and thus promoted the rebuilding of the Second Temple in Jerusalem. He also gave Jews permission to return to Israel if they wished, yet many remained in Persia. After Cyrus was killed in 529 B.C., his son stopped the construction. Then, under King Darius, the work began again. Queen Esther’s story dramatically takes a turn when Darius’ son Xerxes (Ahasuerus) chose her as his queen.

Both Jews and Christians regard Queen Esther as one of the most famous and important women in history. Yet when Haman rose as an official in Xerxes’ court, his nefarious plan to kill all the Jews was a deadly contrast to Jewish/Persian relationships under Cyrus and some of his successors. Queen Esther’s decision to walk bravely and prayerfully in a strategic consultation with God stopped Haman’s evil plot. Esther’s plea to her king resulted in the survival of God’s chosen people, the birth of our Jewish Savior, and the rebirth of the modern Jewish nation in 1948.

History reveals many more events in the relationship between ancient and modern Iran and Israel. When Arabs defeated the Persians in the seventh century, they instituted Islam as the main religion. Despite the invasion, the Persians managed to maintain their language and customs. Yet, from the founding of Islam to the rise of the Ottoman Empire in 1299, Jewish persecution steadily grew worse in the Middle East and lasted for centuries.

Houman Sarshar, a scholar with the Center for Iranian Jewish Oral History at the University of California, Los Angeles, observes, “From what we know, the Jews were well trusted and tolerated.” He points out that Ezra held a respected job—that of a scribe in the royal court—and adds, “The Jews weren’t seen as a threat to anyone else’s way of life.” Centuries later, Islam would change the world of Persian Jews for the worse. Much worse.

Increased persecutions in the 19th century led to stirrings for a Jewish homeland,  and immigration to Israel began increasing. The Ottoman Empire suffered defeat in World War I and was dismantled in 1922. Then in 1925 the Pahlavi dynasty took hold in Iran, establishing a secular society that wanted to westernize. The changes boded well for the Jews with increased freedoms. In 1935, “Iran” replaced Persia as the country’s name. And during World War II, the Iranian government protected Jews from the Holocaust by keeping them from Nazi deportation.

The years between 1953 and 1979 were friendly, even though Iran did not vote in favor of the modern Jewish state in 1948 at the United Nations. Israel even helped develop Iran’s armed forces from 1958-67, while Iran supplied Israel with crude oil. Frequent interactions took place with diplomatic visits, chess and wrestling matches, and Iranians welcoming Israeli singers to their nightclubs along with other cross-cultural ties.

That easy-going relationship changed dramatically in 1979, when the pro-Western Shah of Iran—the country’s second and last monarch—was overthrown by the Islamic theocracy, which severed relations with Israel. At the time, some 80,000 Jews lived in Iran. Fearing religious persecution, tens of thousands of mostly well-to-do Jews fled the country, leaving behind their homes, properties, and riches. Most made Aliyah to Israel.

Despite so many departures, Iran today is home to the second largest population of Jews in the Middle East aside from Israel. Iran’s total population is around 85 million, with an estimated 8,500 Jews. It may be surprising to learn that Iran’s constitution recognizes religious minorities including Zoroastrians, Christians, and Jews. It gives permission “within the limits of the law” for religious societies and rites.

Although Jews cannot be judges or hold high office, Iran’s legislature—the Islamic Consultative Assembly (Majlis)—allows for one Jewish member, currently a surgeon named Siamak Moreh Sedgh. The members of Majlis are expected to comply with Iran’s Shia Muslim policies. Writing about this topic in a 2018 USA Today article, staff writer Kim Hjelmgaard paraphrased Dr. Sedgh’s belief: “One of the reasons Jews in Iran are able to live peacefully is that they consider themselves Iranians first—and Jews second.” That outlook sometimes echoes in their condemnation of Israel’s “war crimes in Gaza.”

Here’s another example of them considering themselves “Jews second.” In May 2006 on the Jewish Central Committee of Iran website (www.iranjewish.com), Iranian Jews “congratulated the achievement of nuclear fuel to the supreme leader, the Islamic Republic officials and all Iranians.” Marshall Breger, a law professor at Catholic University, visited Iran in 2003 and returned with the belief that Iranis have affection for the Israeli people but they are not political Zionists. “They are creating what I would call Judaism without Israel,” he said. Iran’s 35 synagogues are active, they have a Council of the Jewish Community, and most Jews live in Tehran, Shiraz, and Isfahan.

Nevertheless, life for the Iranian Jews is not perfect. Arrests and imprisonments occur. Some have been accused of spying for Israel and executed. Observant Jews choose not to wear their kippahs on the streets so as not to stir tensions. Sometimes the government’s anti-Zionist hatred boomerangs onto its Jewish population. Jews are closely monitored. Regarding passports, they must apply on a specialized form and whole families cannot travel together outside Iran. Going to Israel could result in death or imprisonment.

While Jewish Iranians talk diplomatically, as if they subscribe to the ayatollahs, that may be one of their survival tactics in the dangerous waters of the dictatorship. They find themselves in a complicated conundrum full of changing tides of history, requiring ways to navigate deep seas of potential threats.

Rani Amrani is an Iranian-born broadcaster who now lives in Israel and operates “RadioRan” in Iran’s Farsi language. He says that Iran’s Jewish community is “in grave peril.” Amrani may very well be right.

Tensions are rising exponentially between Iran and Israel. Iran’s race to increased uranium enrichment, higher tensions on the sea lanes, and the Biden administration’s proposed reentry into the 2015 Iran deal will point the Middle East onto a road paved with more conflict. Iran will keep doing as it pleases and is clearly already emboldened by China’s recent 25-billion-dollar investment. It signals an alliance that is danger on steroids.

Based on the long history of persecution against the Jewish people everywhere, it is naïve to think that the apocalyptic Imams will never switch gears into persecution overdrive against its Jewish population.

Amrani goes on to discuss just how vulnerable this population is. He warns, “If there is a war between Iran and Israel, or Iran and the U.S., they’ll be the first to be taken hostage and they’ll lose everything they have. That is what happened after the Islamic Revolution—they hanged and killed all the wealthy Jews in order to seize their property, and that could happen now, too.”

Join CBN Israel this week to emphasize Psalm 121:4 in our prayers: “Indeed, He who watches over Israel will neither slumber nor sleep.”

At the entrance to Sapir Hospital in Iran’s capital city, there is a sign in Hebrew and Persian that says, “Love your neighbor as yourself.” We pray for the day when Israel and Iran can yet again find a common ground, as they once did only decades ago.

Your ticket for the: Iran and Israel: Once Friends, Now Foes