Arab Journalists and Pro-Israel Christians Agree: Hamas is the Problem 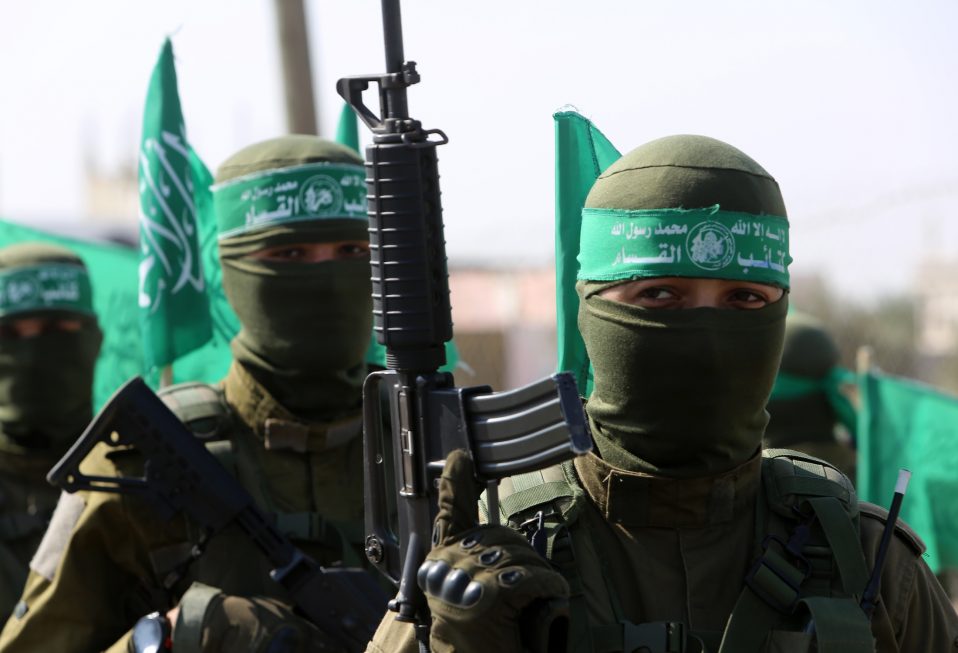 When United Arab Emirates (UAE), Bahrain, Israel, and the United States signed the Abraham Accords on the White House lawn on August 13, 2020, it signaled a historic, miraculous opening of cooperation and benefits to each nation. Morocco and Sudan then joined the Accords, and the cooperative efforts have proven to be successful on many levels. A somewhat surprising, yet outstanding outcome, has emerged: Arab journalists are speaking up, defending Israel during Operation Guardian of the Walls. In addition to these voices, more Christians worldwide are speaking up, praying, and sending tangible relief to millions of Israeli civilians under fire.

Khaled Abu Toameh, an award-winning Palestinian journalist, rightly points out in his May 20 article for Gatestone Institute that Hamas “serves as a pawn” for Iran and the Muslim Brotherhood as they fight against Israel. He says, “Criticism of Hamas does not make you anti-Palestinian; on the contrary, holding Hamas responsible for the violence and bloodletting actually serves the interests of the Palestinians. How ironic that Arab Muslims are lashing out at Hamas while Israel-haters around the world see no evil in its actions, including the indiscriminate firing of thousands of rockets and missiles into Israel.”

Saudi writer Abdulah Bin Binjad Al Otaibi observed, “Solutions should also stop those [Hamas] who are ready to burn Palestine and its people.” His words could describe Hamas’s firing rockets at three different crossings into Gaza with Israeli and Jordanian truck convoys filled with humanitarian aid. Another writer, Emirati Al-Sheikh Wuldalsalek, adds his accusation that both Hamas and Palestinian Authority President Mahmoud Abbas are “trafficking” in the Palestinian issue.

President of the Bahrain Journalists Association, Ahdeya Ahmed Al Sayed, tweeted about how the children were pulled into the horror—but that children of terror leaders were spared from the atrocities those leaders sanctioned: “Hamas did not use the children of Ismail Haniyeh, Khaled Mashaal or Ali Khamenei as human shields. Hamas used the Palestinian people [as human shields].”

However, there are scores of news outlets within the global mainstream media who habitually dismiss the facts and pay no attention to Arab and Christian voices whose views do not line up with their preferred narratives. Hamas and Palestinian Islamic Jihad, backed by their patron Iran, are the perpetrators. Not Israel.

Iran, through Hamas, is again responsible for the latest conflict. Middle East Media Research Institute (MEMRI) reports—via its expert translations of Arab media—a speech from Hamas leader Ismail Haniyeh. On Iranian TV, the Hamas terrorist openly thanks Iran, “which has not given up on providing the resistance with money, weapons and technology.” That admission is straight from one of the terror leaders himself.

These examples make the global media’s lopsided viewpoint—their inattention to Arab voices and their muted reporting on Iran as the world’s largest terror state—even more mystifying. They also ignore Christian media and Christian communities standing by Israel that share the same viewpoints with Arab journalists in the Middle East Gulf states.

The insights from so many Arab journalists are encouraging. They, along with Christian media—such as The Christian Broadcasting Network (CBN)—put the blame where it belongs. The Arab states also face the threat from the apocalyptic Iranian Imams. Arab journalists understand the complexities and experiences of both Arab and Iranian (Persian) mindsets. They grasp the Persian goal of establishing another caliphate by any means possible—including nuclear weapons.

Christians reading Arab writers’ articles would certainly agree with their opposition to Hamas and Iranian leadership. And drawing our knowledge from Scripture we often gain insights from Jewish scholars like Rabbi Tuly Weisz, editor of The Israel Bible. He writes that one fact overshadows any plans or debates among nations and groups: “Israel is entitled to the land it has, and has been for over 3,000 years. It says so in the most historically accurate document in history: the Bible.”

Iran and its proxies are determined to change Israel—270 miles long and 85 miles wide—into a national concentration camp by means of rockets, drones, and lies. Pro-Israel Christians are on the move, however, like never before, mobilizing to push back once more against terrorist lies during Operation Guardian of the Walls.

I am highlighting here just a few of the numerous ongoing efforts. In politics, through the efforts of activists in the American Israel Public Affairs Committee (AIPAC) and Christians United for Israel (CUFI), they have made sure Congress knows the will of some 60 million evangelicals in the United States. CUFI alone, with its 10 million members, has sent out a pledge of support. Congress will definitely feel the impact.

In an unusual move, AIPAC has taken out ads against U.S. Rep. Ilhan Omar in response to her tweet: “Israeli air strikes killing civilians in Gaza is an act of terrorism. Palestinians deserve protection. Unlike Israel, missile defense programs, such as Iron Dome, don’t exist to protect Palestinian civilians.” She did not mention the 650 rockets that exploded inside Gaza, possibly killing or injuring Palestinian residents. Omar, Rep. Tlaib, and a number of other Democrats share a ludicrous lack of knowledge and anti-Semitic comments. They must be met with truth. The “Squad” in the House of Representatives was not happy with President Biden approving a $735 million arms sale of precision missiles to Israel on May 5. Biden’s decision passed in a 15-day expedited congressional review process.

The state of Alabama has a long history of strong support for the state of Israel. In 1943, Alabama was the first state to officially call for the establishment of the Jewish homeland. Its legacy still thrives with this year’s passage of the Alabama Joint Resolution (Act SJR 138). The resolution reads in part: “Condemns Hamas for deliberately embedding its fighters, leaders, and weapons in private homes, schools, mosques, hospitals, and otherwise using Palestinian civilians as human shields, while simultaneously targeting Israeli civilians.”

Long-time Christian political activist Robin Rowan helped to shape the resolution. She is founder of www.TruthtoPolicy.com, a popular (and growing) online educational ministry that stands against anti-Semitism and for Israel. Ms. Rowan, along with Tom Parker, chief justice of the Alabama Supreme Court, and John Buhler, founder of the Alabama-Israel Task Force, witnessed the governor’s signature May 21 on the Alabama Declaration of Support for Israel. Also present was Israeli Consul General Anat Sultan-Dadon, who expressed her thanks to Governor Ivey and bestowed upon her a U.S-Israel lapel pin.

Passages Israel (www.passagesisrael.org) is a Christian organization that strengthens the faith of American Christian college students through a nine-day pilgrimage to Israel. Thus far they have hosted 8,000 students. In just a few days the organization raised $10,000 for Israeli children partnering with Artists 4 Israel to help provide The Healing Arts Kit. This groundbreaking therapeutic system is a psychological first aid kit aimed at slowing or stopping the onset of new cases of post-traumatic stress disorder (PTSD). It was especially designed for children living through rocket fire, terrorist attacks, and other forms of crisis.

CBN Israel, along with many other charities, have been linking arms with local Israeli municipalities to save lives by providing emergency bomb shelters to communities who live under the constant threat of terror attacks. These outdoor shelters are designed to protect schools, parks, playgrounds, bus stops, community centers, and other public spaces in high-risk areas. The bomb shelters already in place are serving Israel’s population whether or not the “Red Alert” sirens are going off. Even when the sirens are not sounding, a shelter’s presence alone brings confidence and security to families and communities on a daily basis. The shelters are protecting and saving lives, reducing anxiety, and helping people live as normally as possible.

Pray with CBN Israel this week for the ongoing terror and violence to subside:

What are we to do within the conundrum called the Middle East? Let us hold on to the fringe of Jesus’ tallit (prayer shawl) and remind ourselves that the God of Abraham, Isaac, and Jacob enshrined a promise in Amos 9:15: “I will plant Israel in their own land, never again to be uprooted from the land I have given them.”

Your ticket for the: Arab Journalists and Pro-Israel Christians Agree: Hamas is the Problem

Arab Journalists and Pro-Israel Christians Agree: Hamas is the Problem