Anti-Israel Hostility Is Soaring While Dictatorships Get a Free Pass 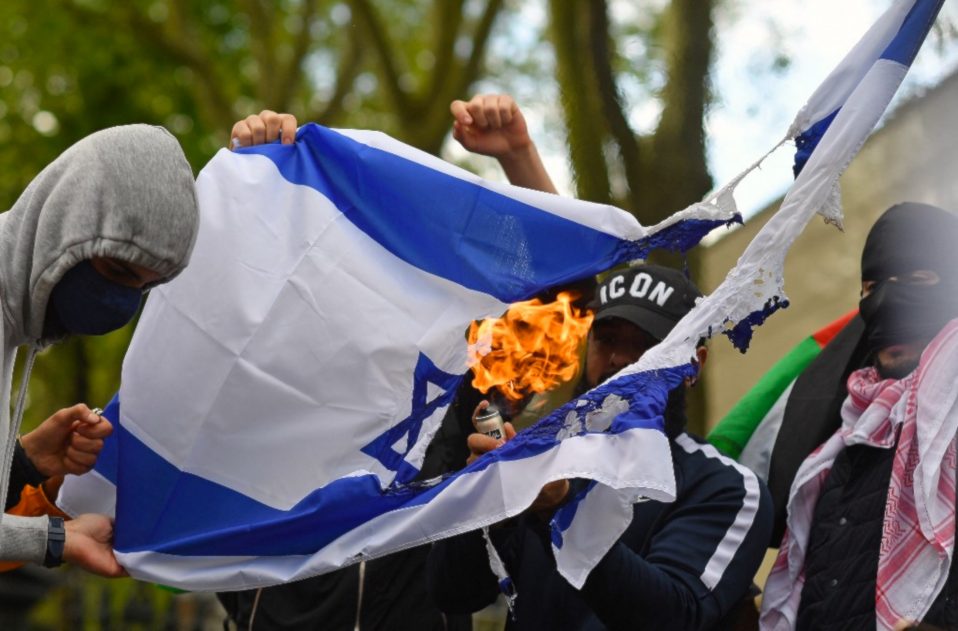 When it comes to what drives spiraling anti-Semitism and anti-Israel sentiment, hate is always at the helm. The global mainstream media’s anti-Israel bias could not be clearer. By frequently abandoning or twisting context and facts, they often reveal unrelenting hostility toward the world’s only Jewish state. Astonishingly, they will single out Israel’s parliamentary democracy as the culprits of human rights violations, while neglecting the world’s most heinous tyrants who rule their nations with an iron hand of oppression.

The same neglect arises within anti-Israel organizations, governments, universities, and some religious denominations. Israel is not a perfect country. No nation can make that claim. But one thing is quite clear: Israel is a free country where its citizens can argue their opinions. In that country, media have freedom to report opinions that cover every position. Robert Kennedy, Jr., once said, “Democracy is messy, and it’s hard. It’s never easy.” I agree. Freedom and democracy are messy. That is part of freedom, and those who have freedom prefer it. Many in our world long for it.

Let’s examine a few statistics and realities to draw attention to media’s lopsided judgments on Israel as compared to authoritarian-ruled countries.

On Israel’s 2021 Independence Day, their total population registered at nearly 9.3 million people. The Jewish population itself is currently 6.9 million—just over 74%. And according to the Worldometer, Israel’s population is around 0.11% of the nearly eight billion people in the world.

A poisonous web of dictator-run countries crushes their own civilian populations. Yet such actions are mostly ignored by the media, along with Israel’s detractors who don’t assign much, if any, blame for their actions. Dictators and anti-Semitic individuals and organizations make up an unholy alliance against Israel and Jewish communities.

When hatred and lies warp a mind, evil is its product. Clearly, examples abound not only toward Israel and Jews but also against innocent populations trapped by megalomaniacs—those with extravagantly grandiose ideas about themselves.

Although there are more, the dictator countries I am citing as examples are China, Cuba, Iran, North Korea, and Venezuela. Their leaders are a mix of communists, Islamists, atheists, and pathological narcissists who demonstrate no mercy to their people. I took the time to add up their combined populations, and the total comes to nearly 1.6 billion people. My heart goes out to those who live in these nations. “Horrifying” is not a strong-enough description of the plight these citizens face.

To explain, here are several cogent points about each country.

North Korea’s official name is the Democratic People’s Republic of Korea (DPRK). It is a misnomer, and the country is more aptly nicknamed the “hermit kingdom” for closing itself off to foreigners. North Korea had its nearly 26 million citizens in total lockdown decades before COVID-19 surfaced. Food and freedom are scarce. There is no way out.

Communist China is on its atheistic mission, using many forms of persecution against Christians, Muslims and Buddhists. This autocratic government intimidates its citizens via arrests, imprisonment, torture, and murder. Olivia Enos, a senior policy analyst at The Heritage Foundation, commented about China’s President Xi, “We have not seen such an authoritarian figure since Mao [Zedong].” Chairman Mao, a Marxist/Leninist, founded the Chinese Communist Party in 1949 and ruled it until his death in 1976.

Venezuelan citizens continue to flee their once wealthy and stunningly attractive country. Condé Nast Traveler previously described it as one of the 40 most beautiful nations in the entire world. In desperation, scores of its citizens are now coming over the southern border of the U.S. Socialist dictator Hugo Chavez and his thugs began to steal people’s businesses, ruined the economy, and hunger crept in. When Chavez died, Nicolás Maduro took over. Deeply unpopular, he has kept the Chavez stranglehold on the people, pushing disastrous economic policies that finally turned the once-prosperous country into a national disaster area while boosting his cozy relationship with Iran and China.

Cuba, only 90 miles from the Florida Keys, remains communist. Iranians have an embassy in Havana and Cuba helps Maduro ruin Venezuela and its people. The United States lists Cuba as a State Sponsor of Terrorism, and Cubans are still painfully accustomed to communism’s decades-long catastrophic effects.

Iran, the world’s biggest state sponsor of terror—in addition to supplying weapons for its terror proxies Hamas, Hezbollah, and Syria—has embedded its influence in many parts of the world through its embassies and elite Iranian Revolutionary Guard Corps (IRGC). A few weeks ago, satellites showed that two Iranian ships had crossed the Atlantic, believed to be headed for Caracas, Venezuela. It’s not a pleasure cruise. The ships are said to be carrying fast-attack boats and also missiles that could possibly reach the United States. Iran has stationed its IRGC there to help Maduro control his suffering population.

Together, these five nations comprise a quintet of terror at home and abroad, and they cooperate with each other on multiple levels. One is worth a mention: For years North Korea has covertly supplied Iran with many nuclear-related parts to help them achieve their nuclear weapon goals. The quintet imports and exports whatever chaos they can. The dictators also greedily fill their own pockets. Maduro, in particular, likes gold. His fortune now amounts to billions of dollars with some of it stashed in Great Britain. Thankfully, they refuse to release the funds to Maduro, because Venezuela illegally mines its valuable gold resources with harsh, forced labor. Since the U.S. sanctions Maduro’s government, it forces him into complicated, covert transfers of gold to other nations, like Iran.

These are just a few examples of the devastating policies affecting more than 1.6 billion people in five countries. Now let’s contrast that with Israel.

A nation the size of New Jersey has fought off terror and wars since its modern founding in 1948. Israel now readily walks with Arab nations in the Abraham Accords and has peace treaties with Egypt and Jordan. Despite having only 0.11% of the world’s population, Israel is responsible for sharing a massive—and miraculous—output of innovations that surround the globe with blessings. Israel is also a shining light of help and hope across the globe as they send humanitarian aid and relief to more than 140 nations as of 2020.

The Culture Trip (theculturetrip.com) tries to aggregate the number and benefits of Israel’s innovations. They salute Israel’s having more high-tech startups per capita than any other nation. Here is a tiny sample of what they recently highlighted: The SniffPhone diagnostic tool features a breathalyzer (“NaNose”) that detects odors caused by cancer and other diseases and is accurate between 86 and 93 percent of the time. An Israeli-developed flexible stent has saved millions of lives (and prevented the need for open-heart surgery) by opening arteries. Israelis invented the now-ubiquitous portable USB memory drive, as well as Waze, a real-time GPS system that connects drivers to each other and is used by more than 140 million people in 185 countries. Netafim, an irrigation system that transforms deserts into gardens, is now in 110 countries, making 24.7 million acres productive—especially critical for poor nations.

The anti-Israel media and anti-Semites prop up brutal dictators by neglecting to focus on their cruelty and greed. Also, it is incomprehensible that the United Nations not only serves as an accomplice but has also seized upon resolutions for media and detractors to use against Israel.

In the Christian community, let us make sure we are not neglecting truth telling about the nation of Israel! And let us seek ways, big and small, to help oppressed peoples in nations run by dictators.

Please join CBN Israel in prayer this week for Israel, the Jewish people, and the millions who live under tyranny around the world:

Reading about those suffering under dictatorships is both upsetting and heartbreaking. May we each thank God for the wonderful blessing of living in the United States or whatever other free nation we reside in. As Paul puts it so eloquently in Ephesians 5:20, “giving thanks always for all things to God the Father in the name of our Lord Jesus Christ.”

Your ticket for the: Anti-Israel Hostility Is Soaring While Dictatorships Get a Free Pass

Anti-Israel Hostility Is Soaring While Dictatorships Get a Free Pass