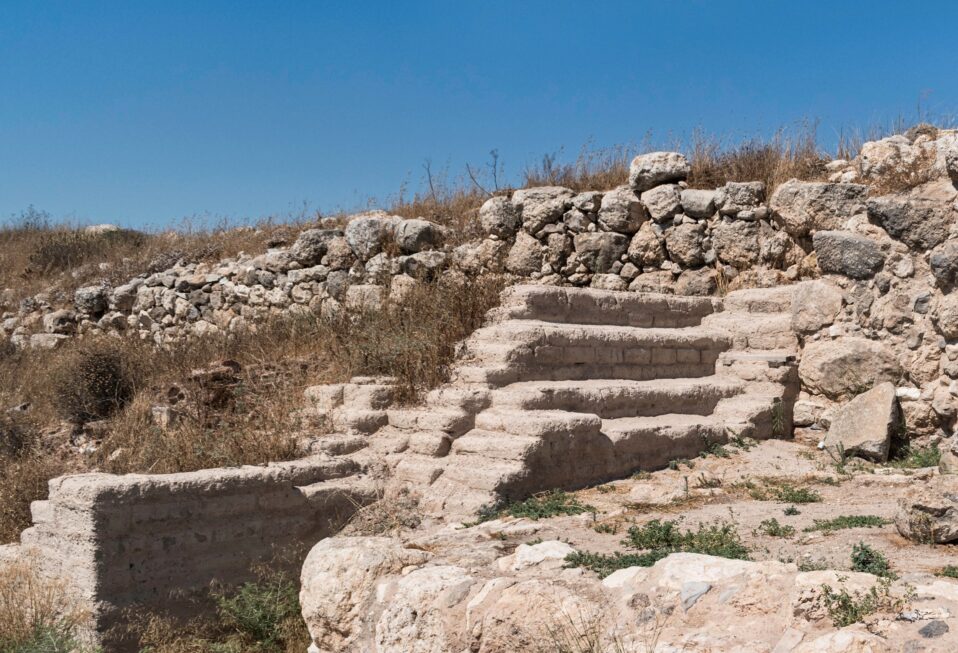 Lachish was one of the largest cities within the kingdom of Judah. Located in the Judean lowlands (Shephelah), it sat in the southern branch of the Beth Guvrin-Lachish Valley system, which provided an east-west corridor between the hill country (the area around Hebron) to the coastal plain (towards Ashkelon). Ample water meant that settlement prospered at Lachish in all periods and enabled the cultivation of the land around it. Even today it is in a very fertile area of the Judean lowlands known particularly for its cultivation of grapes.

The ancient site of Lachish encompasses about thirty-one acres. It first appears mentioned within ancient sources in the 18th century B.C. in an Egyptian document. Excavations at the site have uncovered twenty layers of settlement, which underscores the site’s importance and prominence.

According to 2 Kings (14:19; 2 Chronicles 25:27), Amaziah, king of Judah, fled to Lachish following a revolt against him in Jerusalem. The rebels killed him at Lachish. During the Assyrian invasion of Judah in 701 B.C., under Sennacherib, the Assyrian army laid siege to Lachish (2 Kings 18:14, 17; Isaiah 36:2; 37:8; 2 Chronicles 32:9). While besieging Lachish, Sennacherib sent a force against Hezekiah in Jerusalem.

Excavations at Lachish have revealed the extent of the Assyrian siege. In addition to the biblical account, Sennacherib documented his conquest of the city on wall reliefs, with which he decorated his palace in Nineveh. Both Sennacherib’s wall relief and the archaeological excavations show that the Assyrians built an earthen siege ramp that was used to bring siege engines against the walls of Lachish. Excavations uncovered a number of iron military implements like arrow heads. Archaeologists found a large number of slingshot stones.

The Assyrian siege devastated Lachish and the kingdom of Judah, but they did not conquer Jerusalem. Lachish was rebuilt after the Assyrian siege but was again destroyed by the Babylonian conquest of the kingdom of Judah in the 6th century B.C. This conquest destroyed Jerusalem as well. During the Babylonian conquest, the prophet Jeremiah notes that the only cities remaining to Judah were Jerusalem, Azekah (in the Elah Valley), and Lachish (34:7).

Excavations at Lachish uncovered a number of inscriptions written on broken pieces of pottery. One of them, a letter, notes that the people of Lachish could no longer see the signal fires of Azekah, which lay to the north. Azekah had fallen, and the Babylonians were coming to Lachish.

Your ticket for the: Biblical Israel: Lachish