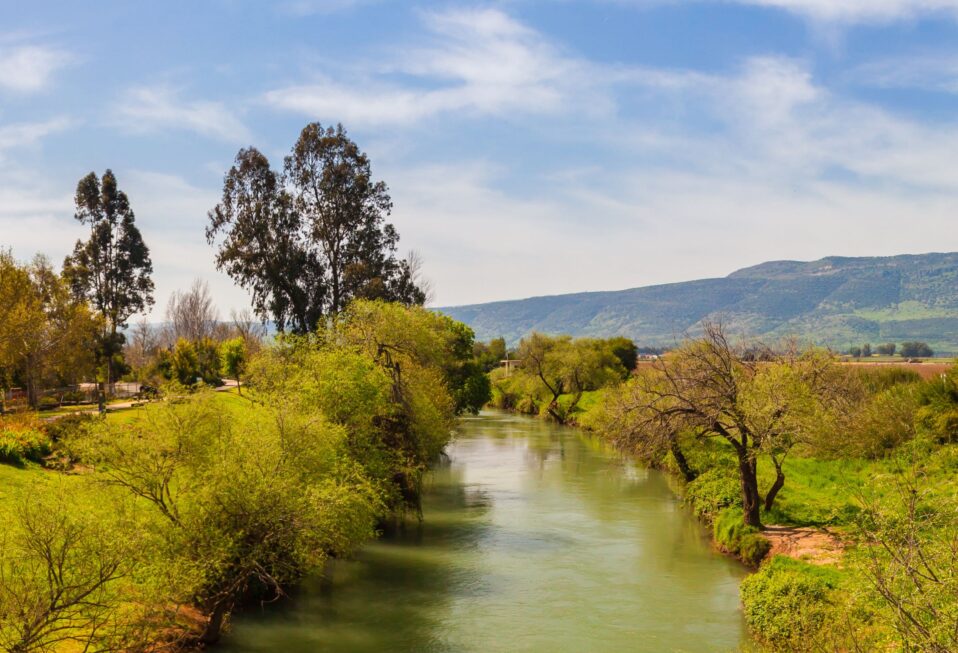 The most dramatic geographical feature of the biblical land of Israel is the scar of the Rift Valley. Created by the tectonic plates, this forms part of the Syro-African Rift, the longest scar on the face of the planet. Within the land of Israel, the Rift Valley is referred to as the Jordan River Valley because the Jordan River flows through a large portion of it. Within this valley, Lot chose to settle in the cities of Sodom and Gomorrah, which God destroyed (Genesis 13:10).

The Jordan River played a significant role in a number of biblical stories. The Israelites crossed the Jordan River, when it was at flood stage, to enter the promised land and began their conquest of the land (Joshua 1-4). Biblical Israel spanned both sides of the Jordan River, its east and west bank, so too did kingdoms that the kingdoms of Israel and Judah interacted with, like Ammon and Moab.

Thus, characters in the Bible crossed the Jordan often traveling to the land on the eastern and western sides of the river (Judges 7:22-8:17; 1 Samuel 11; 31; 2 Samuel 2:24-32; 15-19). Elisha followed Elijah on his final day before being caught up into heaven across the Jordan River (2 Kings 2:6-13). After Elijah’s departure, Elisha crossed the river dividing it with Elijah’s coat. Elisha sent Naaman the Syrian to immerse himself in the Jordan River seven time (2 Kings 5:14) to cure him from his skin ailment.

In the region of the Jordan, John the Baptist baptized Jesus (Luke 3:3). Modern pilgrims today visit a location identified as the traditional site of Jesus’ baptism near Jericho, and just north of the Dead Sea. The identification of this site began in the Byzantine period (4th-6th centuries A.D.) to enable Christian pilgrims to Jerusalem to also visit the Jordan River, which is a day’s walk from Jerusalem. The Byzantine Christians, however, did not know that Jewish ritual purity laws of the first century considered the waters of the Jordan River south of the Sea of Galilee impure for ritual immersion (Mishnah Parah 8.10-11).

The Jordan River serves as one of the central geographic boundaries and features that plays so prominently in so many biblical stories.

Your ticket for the: Biblical Israel: Jordan River