A Famous Conductor Answers the Question, “Where was God?” 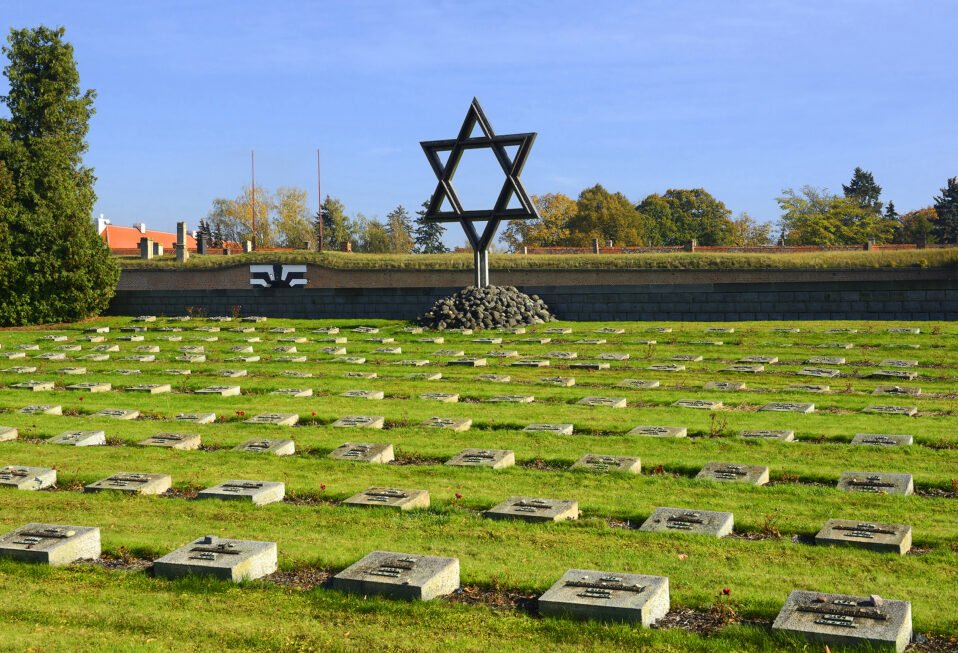 I daresay humankind has asked the question “Where was God?” trillions of times over the centuries when trying to untangle the reasons and pain of personal or national tragedy. Certainly this question must have occupied the minds of Jews held in Nazi death camps.

Since we are living in a season of upheaval, disappointments, and sorting through truths and untruths, I hope my column this week with its little-known Holocaust story—combined with a famous conductor’s reply to the question “Where was God”—will be helpful. As Christians and believers in Jesus, it is absolutely essential that we take to heart this beautiful truth Paul conveyed to the Corinthians: “Praise be to the God and Father of our Lord Jesus Christ, the Father of compassion and the God of all comfort, who comforts us in all our troubles, so that we can comfort those in any trouble with the comfort we ourselves receive from God” (2 Corinthians 1:3-4 NIV).

When I attended a concert a few years ago at the Ahavath Achim Synagogue in Atlanta, Georgia, I heard a quote from the conductor, Maestro Murry Sidlin, that immediately grabbed my attention. The concert was titled “Hours of Freedom: The Story of the Terezin Composers.” The name Terezin (pronounced teh·ruh·zeen) was unfamiliar to me until the concert, where I learned that Nazis in Terezin—Czechoslovakia’s Theresienstadt Concentration Camp—tragically and expertly used it as a highly effective cover-up tactic.

Let’s take a look now into past and present history and how these extraordinary concerts came to be. Seventy-seven years have passed since the Nazi death camps were liberated in 1945. The Nazi machine snuffed out 6 million European Jews—men, women, and children—between 1933 and 1945. During that time, Nazis set up more than 44,000 camps of varied sizes and functions. In ghettos, labor camps, and those erected for mass murder, the question, “Where was God?” had to have lurked in Jewish minds as they faced unimaginable evil.

Today, Israeli Holocaust survivors number around 165,000. In the United States we have some 50,000, the youngest now in their late 70s. During the intervening years, Holocaust survivors have found success and built families, yet far too many in the U.S. and Israel face poverty. The traumas of the Holocaust—the Shoah—still reverberate today. Our generation is the last that can make a significant difference for Holocaust survivors who need adequate food, housing, and attention. Often, it is Christian organizations like CBN Israel that are actively giving help and hope to this aging population through tangible relief and caring friendship—reminding them that they are not forgotten, and they are not alone.

Other positive responses include a notable conference that was hosted by the Czech Republic on November 3 of this year. This meeting was based on the Terezin Declaration of 2009, which was signed by 47 governments including the United States. The recent conference served as a follow-up to prior commitments and addressed those concerns. These included restitution of Holocaust-era stolen properties and providing humanitarian aid for survivors plagued by inadequate food and housing. You may access the entire Terezin Declaration of 2009 here: https://wjro.org.il/cms/assets/uploads/2019/06/terezin_declaration.pdf.

At the concert, “Hours of Freedom: The Story of the Terezin Composers,” I sat transfixed in the synagogue balcony. The program skillfully interwove narratives, films, soloists, photographs, and the Hours of Freedom Chamber Players. The composers and performers were 15 gifted Jewish musicians trapped in the Theresienstadt Concentration Camp, in what is now Czech Republic. They would have become famous if they had survived the war. Most of them were in their 20s and 30s before they were sent to Auschwitz to die. The poignant music and narrative showed me the original composers’ will to live—by choosing to rely on the arts to escape the grim realities of their lives under the Nazi regime.

Two films were intermingled in the Atlanta concert. The first, a documentary titled Terezin Diary, was created to set the record straight about the horrors of this camp and reveal the enormous breadth of Nazi lies. Terezin was the so-called model camp established by the Nazis in 1941 at Terezin, an old fortress town near Prague. Its purpose: to fool the world about what they claimed was “humane” treatment of Jewish prisoners.

Terezin Diary starts with a 1968 reunion of the camp’s survivors—and their stories are chilling. One scene showed a hundred Jewish children singing. As I watched, a dreadful thought ran through my mind—as if the children were singing at their own funeral. Later, all of them would become part of the million-and-a-half children murdered. I felt as if I was walking again through the Children’s Memorial at Israel’s Yad Vashem, listening to their names in a darkness lit by dim candles—candles reflecting the millions of lights that were snuffed out.

The other was a Nazi propaganda film, The Fuhrer Gives a Town to the Jews. It showed Theresienstadt as a “model” setting where Jewish families comfortably lived, worked, and played. (Prominent visitors and even a Red Cross team came to Theresienstadt to see for themselves and then voiced their approval.) One scene in this film depicted the Hours of Freedom Chamber Players, with prisoners applauding and trying to look content. They were somewhat well dressed, no doubt only for the film. On its website, the National Center for Jewish Film calls the movie “an elaborately staged hoax presenting a completely false picture of camp life.” During the concert here in Atlanta, the 15 chamber players on stage played with the 15 Terezin musicians in the film. Jarring, sobering moments unfolded as these 30 musicians played together seven decades later. It was a vivid and haunting remembrance of the Terezin musicians’ unfulfilled hopes that would be so violently extinguished.

The “Hours of Freedom” referred to the prisoners’ times of composing and writing on tiny pieces of foraged scrap paper and then playing their instruments after horrific 15-hour workdays and scant food. The concert’s “Nine Chapters” included titles like “The Broken Heart,” “Longing,” and “The Eyewitness.” Some of the music was agonizingly mournful yet brilliant in composition. A fascinating interplay of cello and violin portrayed a dissonance, an inharmoniousness, that superbly expressed the paradox of pain and pleasure amid horror. Surprisingly, some of the compositions were upbeat as if to recall better times and future hopes.

The concerts were created by Murry Sidlin, a famous conductor and president of The Defiant Requiem Foundation, which promotes the concerts worldwide. It is his quote that I found so compelling. Stuart Eizenstat, chairman of the Defiant Requiem Foundation and former ambassador to the EU, introduced his friend Murry Sidlin. (Eizenstat is also a key activist for the Terezin Declaration of 2009 and this year’s November 3 conference in the Czech Republic.) In his glowing remarks, Eizenstat noted that Maestro Sidlin is often asked, “Where was God when the Holocaust happened?” The maestro’s reply: “Where was God? Instead, the real question is, ‘Where was man, who had free will?’”

I identified with Maestro Sidlin’s quote instantly. I consider it one of the best answers for the age-old questions about life’s tragedies. I wonder if your conclusions about the maestro’s answer are similar to mine. We live in an often-mysterious paradox of completely relying on God’s sovereignty, yet the problem of evil is ever present, and it is easy to ask, “Where is God?”

Part of my conclusion is that we cannot blame God when we choose to passively sit back, complain, and/or do nothing. A level of responsibility rests upon us to oppose wrongdoing or alleviate suffering. It may be speaking up about an anti-Semitic remark, donating to trusted programs for others in need, contacting our congressional leaders to keep our cooperation with Israel strong, or encouraging anyone around us who needs help or hope.

Where was God? Well, I am choosing to trust God as best as I can and am asking myself, “Where will I oppose the toxic spread of anti-Semitism toward Israel and the Jewish community? Where will I show compassion to those in need throughout our world?”

Please join CBN Israel in prayer this week for Israel and the Jewish people:

Your ticket for the: A Famous Conductor Answers the Question, “Where was God?”

A Famous Conductor Answers the Question, “Where was God?”